There are 7 lagoons on Isla Contoy, each playing an important role in the life cycle of the island's species. Read on and learn about these fascinating water bodies. 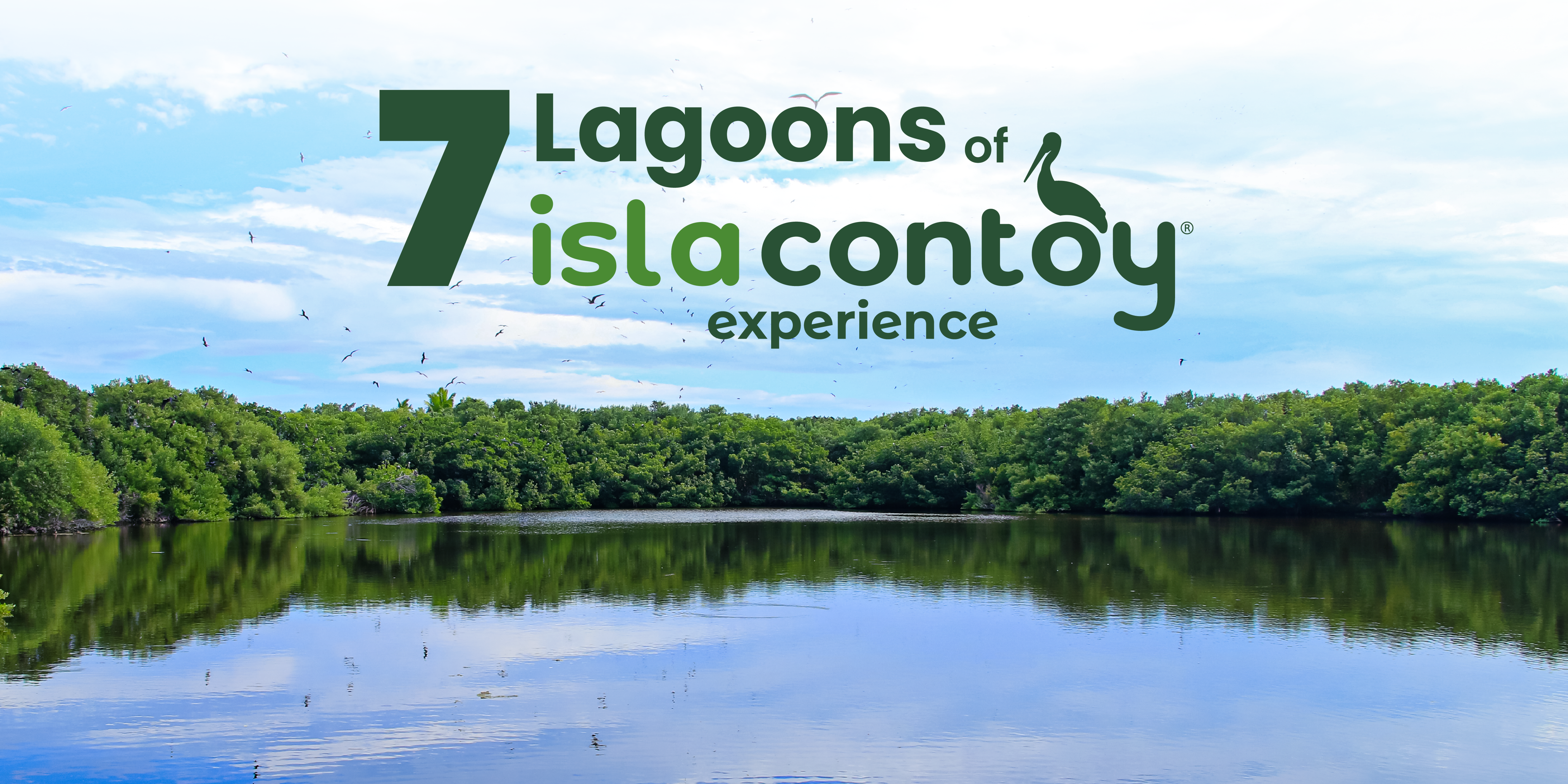 Compared to other places in the Caribbean, Contoy is a small island that, thanks to the care and protection it receives, continues to have a very diverse ecosystem and remains in a practically pristine state.

It seems hard to believe that on an island only 8 kilometers long and 700 meters wide, there are 7 bodies of water; however, they are there and each one fulfills fundamental functions for the development of flora and fauna. None of Isla Contoy's water bodies are freshwater and lack surface currents. There are also temporary bodies of water that are depressions without vegetation that flood during the rainy season or when the tides are very high.

The seven lagoons of Isla Contoy National Park are:

As you will see, some water bodies have names of aviaries because the existence of these lagoons, and the lack of mammals, make this island the most important bird sanctuary in the Mexican Caribbean.

Now let's take a look at each of the water bodies:

The North Lagoon is the second largest on the island. It is connected to the sea by a mouth of approximately 8 meters wide and surrounded by limestone rocks. Generally, its waters are shallow and of regular transparency. On the southern fringe, there is a channel that connects the North Lagoon with the lagoon called North Aviary (Pajarera Norte).

This lagoon is of regular size with deep greenish-brown waters with an excess of phytoplanktonic algae (eutrophication). The color is due to the guano of the birds that nest on its banks and decompose organic matter from the surrounding mangroves. 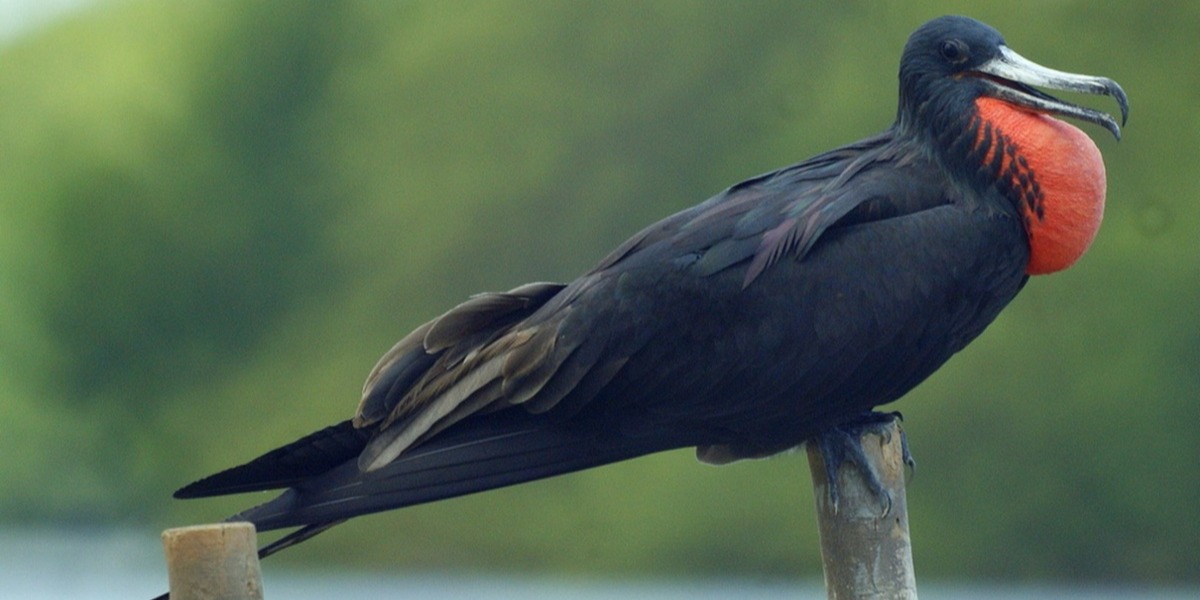 Guano is a substrate composed of a mixture of excrement from birds and other marine creatures, plants, and natural debris (eggshells, feathers, fish scraps, and nest remains), which accumulates in coastal areas. It serves to improve soil fertility and nourish nearby vegetation. Many birds make their nests with this material.

To the south of North Aviary is the Dead Lagoon, which is in the process of drying out. It stands out for having a large amount of dead mangrove trunks. While some years ago this lagoon consisted of two bodies of water joined by a living mangrove channel, it is currently in a state of siltation (obstruction) and desiccation due to hypersalinization of the soil.

Old Port Lagoon is the largest body of water on Contoy Island. It is approximately 6 kilometers long and has a width of 500 meters. It has 3 islets in its interior and a depth of 2.62 meters. The waters near the mouth are transparent and become more turbid as you move away from it. The northern part of this lagoon has a higher saline concentration since there is almost no water exchange due to the tides. 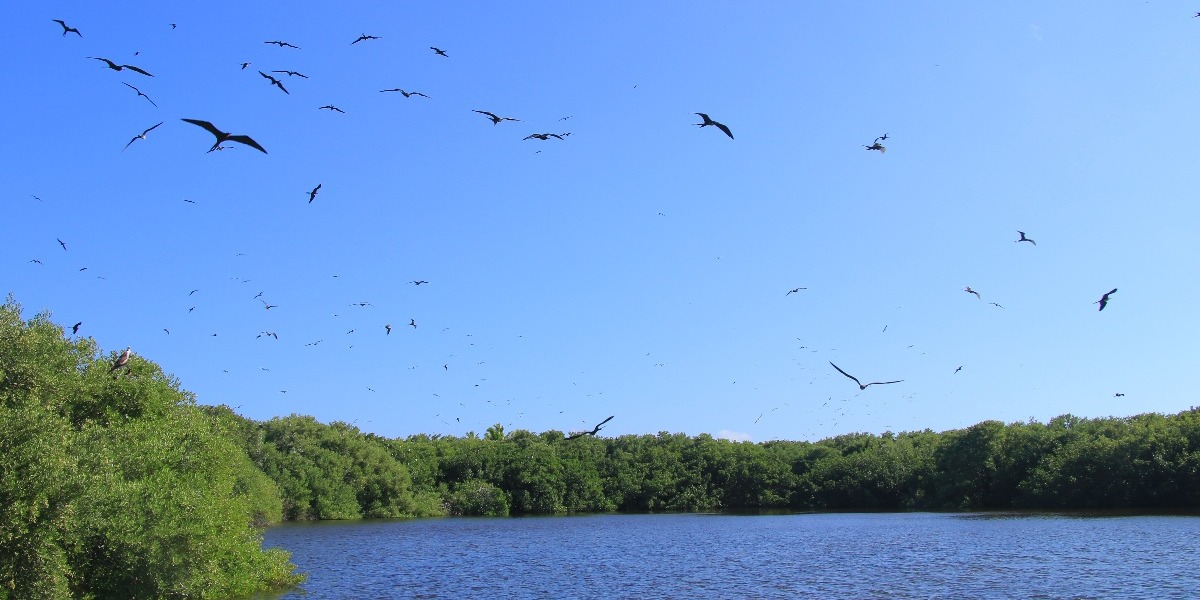 It is located next to the field station of Isla Contoy National Park. It communicates with the sea through a channel of less extension than the north aviary, but wider and easier to navigate. Near the channel its waters are clear, but in the eastern part they are more turbid due to eutrophication. This lagoon has a viewpoint open to the public. 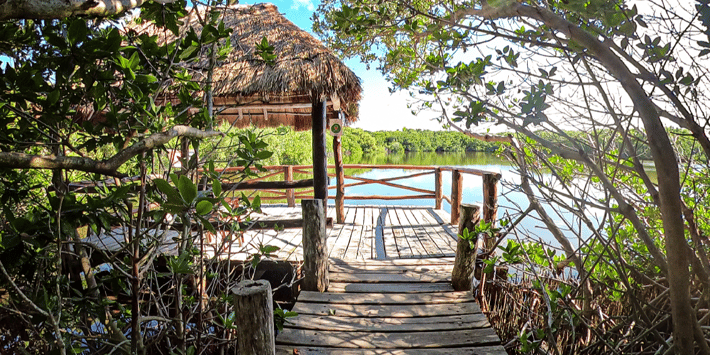 It is located near the west coast of the southern tip of the island. Its waters are turbid and surrounded by mangroves, except for one end that has limestone rock. 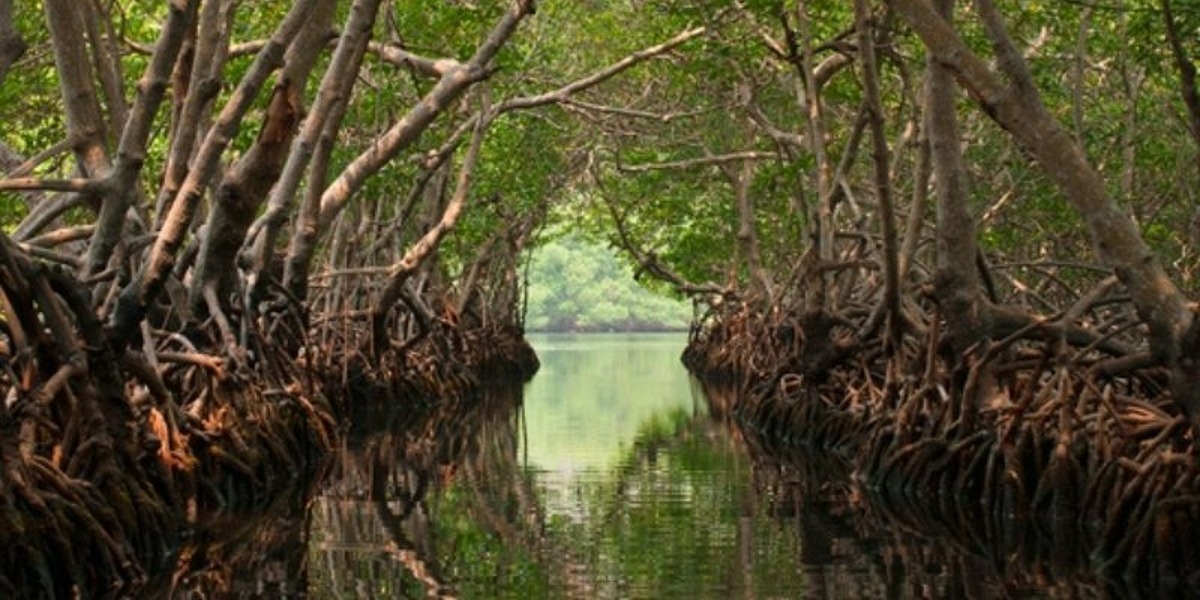 This lagoon has shallow, turbid waters and is completely surrounded by mangroves. It receives water through high tides and mangrove seepage.

These 7 bodies of water occupy an area of 8.18 hectares surrounded by a flooded zone covered mostly by red and black mangrove, part of the flora of Isla Contoy. They are considered endangered species according to the Mexican Official Standard.

Isla Contoy's 7 lagoons are crucial to the island's balance. Unfortunately, tourists are only allowed to visit one of them, but we are sure you will understand that this restriction is made to maintain the preservation of beautiful Isla Contoy.

There are 7 lagoons on Isla Contoy, each playing an important role in the life cycle of the island's species. Read on and learn about these...

Isla Contoy National Park is a natural reserve located in the Mexican Caribbean that is protected by the Mexican Government and only allows access to...

Isla Contoy National Park is home to plant species representative of the flora of the state of Quintana Roo. Unlike the areas populated by humans,...